After the Event: Bronwyn Lovell

When I said butterflies and poetry were a match made in heaven – I was completely correct. What a divine treat it was…

The poems fluttered into the air on Bronwyn’s gentle tones. From the very beginning we sat mesmerised as we were softly lifted to another world – a world of beauty and wonder, where the unfolding of a butterfly became a metaphor for the human experience. At the conclusion we sat, in quiet contemplation until someone realised we had come to the end of our journey and began the sincere applause.

Along the way Bronwyn gave us curious facts that added depth to her poetry; for example, “Instar is the name of the stages of caterpillar growth. They emerge from the egg and are in their first instar. They will then shed their skin and that marks the beginning of their next instar. Caterpillars normally have 5 instars before they become a chrysalis.”

If you would like to obtain copies of the poems, Bronwyn hand makes a booklet which is available via her website: http://www.bronwynlovellediting.com/

For those who missed this wonderful event – here is one of the poems in the series:

Caterpillar by Bronwyn Lovell
You know you are not all
that you might be but
you must still see
all that you are
right
now.
For 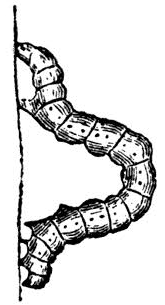 no matter
how lovely
all you intend to be
might be, stay mindful
of what you are
being
right
now
for
right
now
is the
only time
you can ever really be.

Take another look at the poem above… it is what is called a shape poem which is a type of poetry that describes an object and is shaped the same as the object the poem is describing. Thus Caterpillar looks like a caterpillar!